4 types of text messages you should never send 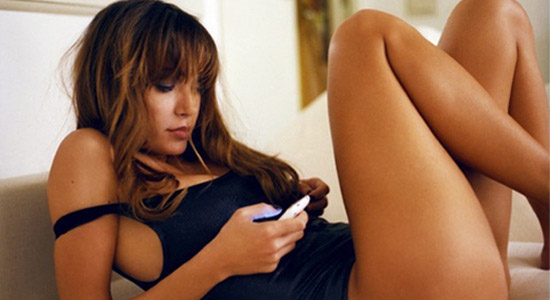 What are the 4 most common mistakes that guys make in their texting?

The following mistakes annihilate any attraction and communicates the guy who sends it is sexually desperate. Are you making some of them?

If you now avoid these four common mistakes in your first exchanges with women, you will see that they will answer you more often and your success rate will increase.

I’m thinking of the kind of messages “hi how are you?” Or “what’s up?”

I would almost say it is better to send nothing than writing that shit so much it communicates bad things about you.

It’s so… so commonplace! I remind you that in Pick Up Artist, there is the word “artist.” I thus advise you to try to do better than the crowd, if only on principle. You must be different!

On the other hand, this is against a good idea to restart the conversation about something positive that you talked about when you met the girl. If it was on a dating site, it’s even easier: you can continue the conversation like if nothing had changed. You just have to answer the last message you received on the website but by text directly after she gave you her number and the transition will be a good one (the girl too I hope for you).

Mistake # 2 – Asking too many questions

If there are more than two “?” In your text message, then it is too much. It would really seem too needy after.

Too many questions and girl would feel like in an “interview.” Know they all hate the interview mode in a date. Besides, I also hate it when a girl is trying to force the conversation with me by doing it.

But you can do the same thing by making statements or diverted questions. Such as: “I wonder if you love pasta.” Or, “I hope you had many orgasms last night” (just kidding but you got the idea).

Mistake # 3 – Being needy and naive

The needy guys do not fuck much. Period !

So yes you may feel that this girl is so special that you have to quickly open your heart to her. But damn, regardless of the circumstances: you must resist the urge to prematurely tell her how much you like her.

Normal women do not like being put under pressure like that and if you do a “Ted Mosby”, know that it will make them flee. This expression comes from How I Met Your Mother, because in an episode before he was supposed to fuck a girl, Ted believed maximizing his chances by saying “I love you.” Result: he had no sex because she was scared.

It also reminds me of the story about Jerome the 28 year old virgin who thought finally having sex with a girl. She was at his place and everything was good and instead of destroying her ass he broke the sexual tension by saying “I am already in love with you” (it was not a joke)… he met her less than 48 hours earlier. It, once again, had the effect of scaring the girl.

Fuck, in a goal situation, do not start thinking back to the times when your mom told you “women are looking for love and a good husband.” Maybe so, but in such circumstances, a girl especially wants a dick in her pussy.

The first texts were limited to 140 characters and it was fine.

Girls do not want to read an essay, at least not at the beginning of your relationship. Especially if you write like a goat. Send text messages rather short, catchy and make women talk!

If you are able to make them write more than you (in quantity and/or number of messages) then you own the interaction. It will be a very good sign!

I now will give you an example of the first text I sent to a girl I met in the street and I fucked after. I wrote two days after the numclose “So you are studying in St Etienne and you come back the weekend in Lyon if I followed? I’m in my office now… I hope you had a good weekend and the bar where you went out on Saturday night was good J”

Analysis: I restarted the conversation directly about what we talked about and I think I communicated rather positive things. I also tested the waters to see when we could undress each other. She responded by describing me her night out and by telling me when she was in Lyon and she also asked me questions about me. We texted during one week with one or two messages per day and I fucked her the following weekend.

Remember this advice I give very often: Strike while the iron is hot and try to meet up with her again soon! Your chances in general decrease with time.

Ah, I almost forgot: it’s not worth signing your text message with your name. She is supposed to remember you. At least, you should not seem in doubt because you’re supposed to be an alpha male who is used to be remembered.

Oh and it goes without saying but do not send 50 texts to a girl who is not answering you.

This is the end of this short article on texting. It was very basic but it cannot make time wrong to return to basics sometimes. See you soon !

previousMultiplying opportunities to pick up ?
nextHow to know if a girl likes you?